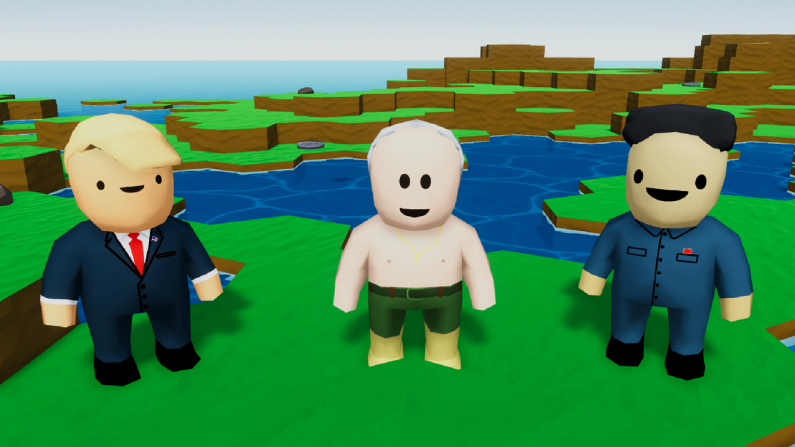 With ULTIMATE ARENA: SHOWDOWN occupying 3 entire dimensions comes extra work that needs to be done. Fighters no longer look like tiny white stick figures, but fully animated 3D models with facial features, hairstyles, and most importantly clothes. Clothes are the main source of progression in ULTIMATE ARENA: SHOWDOWN as they allow you to make more unique fighters for your arena.

When you begin playing ULTIMATE ARENA: SHOWDOWN you’ll notice after your first few games you’ve amassed a small collection of clothes for your fighter wardrobe. Each article of clothing is good for 1 fighter, so if you want two people to be wearing red shirts you’ll need two red shirts. Eventually you might find yourself in need of a specific article of clothing to make a character perfect. On PC we’ve set things up with Steam to where you can trade clothes you don’t need with your friends (a clothes-swap if you will) or even list them on the Steam Marketplace if you think someone else might be willing to pay a couple cents for them.

Our job here at Triverske is to make sure that you have plenty of options when it comes to clothing, but we know we’re not going to be able to satisfy everyone. In March of 2018 we’re going to open up the Steam Workshop for ULTIMATE ARENA: SHOWDOWN where anyone can submit clothing and other users will vote on what gets to make it into the game (subject to our approval, of course). Since Ultimate Arena has always been a community oriented game, we feel this is the best way to make sure the community is able to affect the future of the game.

Of course, this begs the question “What’s in it for content creators?”. All clothes in the game are available for free, but are randomly dropped. For items that the community votes into the game this remains true, however to support whoever created it you’ll be able to purchase it directly for the equivalent of $1.00 in whatever currency you use on Steam. A portion of these sales will go to the item creators as a thank you for contributing to the game. We’ll talk more about that when we’re rolling out Steam Workshop support, but I wanted everyone to be on the same page well in advance of the release of that functionality.

We sincerely hope you’ll enjoy creating characters and trading clothes with each other, it’s one of our biggest new features in ULTIMATE ARENA: SHOWDOWN!