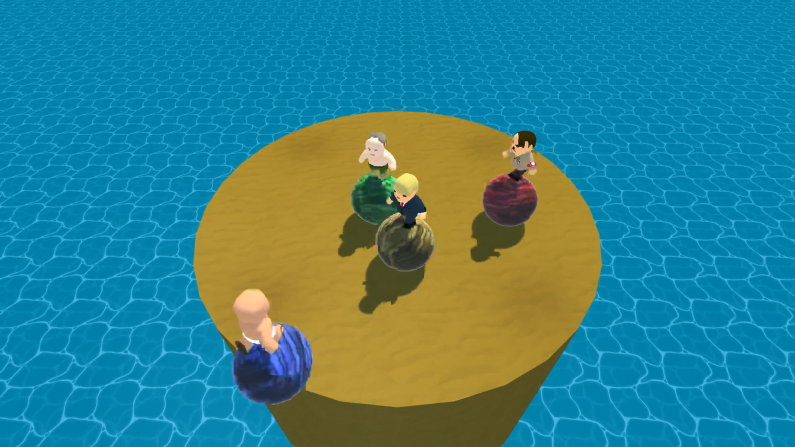 Since the end of February you’ve been doing a fantastic job submitting bug reports, feature requests, and even clothes to be in the game. We’re grateful for the most excellent fanbase and it’s time to address some of the things that we’ll be working on in the near future, and the timeline for those features.

Minigame Mode, or “Showdown” as it will be referred to in the game is our next big priority. While we’ve had Showdown in mind for the whole duration of development there’s still a good deal of work to be done before we can let the public loose. Showdown will launch with 5 minigames and more will be added every month, we’re aiming for 20-25 for the actual release later in the year.

Showdown is taking a bit longer than we originally hoped, but these things happen and we hope you’ll understand.

Part of the reason Showdown will take some more time is because we’re adding Mixer support to the game. We’re still working through the details, but the short and sweet news is that you’ll be able to play Showdown with people online, whether that’s your friends or your followers is up to you! Mixer allows people who are watching your stream to interact with the game, and in the case of ULTIMATE ARENA: SHOWDOWN they can play minigames the same way a person sitting next to you on the couch can!

We’re saving a lot of the cool features until this launches, but later this month and early next month we’ll be hosting streams on Mixer where we’ll be testing minigames with our followers. Tune in to get a sneak peek and play a couple rounds with us!

The last question is “When can I expect this update?”, to which we respond “Mid-May would be nice”. There’s a couple more things we need to get done, and we’d like everyone to be decently pleased with the state of the game. About a week out we’ll give you the heads up sometime on Twitter.

We can’t wait to get this in front of you, it’s seriously exciting to share this update with you.